Endorse me, endorse my dog

RE the 2020 City Commission, County Commission and School Board races: With Thanksgiving approaching, potential candidates are finalizing their plans, to run or not to run. It won’t be long until the first wave of slick campaign ads arrives in the mail and early contributor reports are posted online.

(What follows was submitted to the Gainesville Sun in February of this year. I got the following response:

“Thanks for the submission. I’m not printing guest columns on the city races, other than from the candidates themselves, but would be happy to consider a 150-word letter to the editor on the subject.”

To me the most remarkable thing about contemporary local campaigns is how flagrantly sitting commissioners endorse the candidacies of their colleagues. Candidates openly flaunt their endorsements by other current office holders, not without their enthusiastic permission, of course.

END_OF_DOCUMENT_TOKEN_TO_BE_REPLACED

By now (July 2019) you’ve probably not seen The Front Runner, the movie about Gary Hart’s political rise and fall.(If so, you’re not alone.) Nonetheless, I thought I’d share a somewhat Gary Hart-related anecdote you might find amusing.

A couple of years ago my friend Harvey was running for a city commission seat here and sought my advice on campaign strategy. In the course of the conversation I mentioned to him that in politics there are no small decisions, a case in point being that had it not been for something he’d done nearly 40 years earlier, Gary Hart might well have been elected president in 1988 and the Clintons might never have occupied the White House, to be succeed by George W, the war in Iraq, etc., etc. All of American history since the 1990’s would have been radically different because of him.

As expected, he looked at me like I’d lost my marbles. So I explained. In 1978 he was one of three candidates in a race for an open seat in the Florida House. He was a relative unknown, but the other two candidates were well known local politicos: Maryanne Sherman, a long-time liberal activist, and Jon Mills, a UF law professor and good-government advocate. All three were barely 30 years old. In the primary election, Maryanne (my candidate, one of my first paid consulting jobs) came within a hair of winning outright, while Harvey was a distant third with 15% and Mills took the remainder.

For the runoff election, Harvey endorsed Mills, who went on to win by a razor-thin margin. And this is where the Gary Hart connection begins to take shape.

Mills quickly began a meteoric rise in Florida politics, becoming House Speaker after just two terms, a position that usually went to the most senior alpha male in the chamber. This also attracted the attention of the national Democratic party, who saw Mills as a rising star on the national stage. From this position, and still keeping his day job at the law school, Mills became an early supporter of Hart’s campaign, and through these roles was able to do Hart a huge favor by procuring a “guest lectureship” for him for the Spring 1987 semester at the UF law school while he mapped out his campaign strategy, and where he could escape the intense scrutiny of the national media. (Mills was widely believed to be in line for a major cabinet post if Hart were to eventually succeed Reagan.)

As it turned out, it became an open secret among the locals that Hart was rarely seen at the law school, but could generally be found hanging out at fraternity houses, conspicuously chasing sorority girl skirts. This didn’t merely fuel rumors of Hart’s dallying, it brazenly confirmed them.

And we now know how that turned out. (Hint: they made a movie about it.)

So, as I told Harvey, if he had instead endorsed Maryanne in that race long ago, it would surely have swung enough votes her way to give her the victory she came so close to in the primary. Jon Mills’s political career would have been sidelined if not aborted, Gary Hart would never have resided in Florida, and rumors of his womanizing tendencies might have remained within the Beltway. And the movie about his life would have a totally different script.

BTW Harvey went on to win the city commission seat, where he proceeded to make a series of small decisions with repercussions that ultimately cost him reelection. 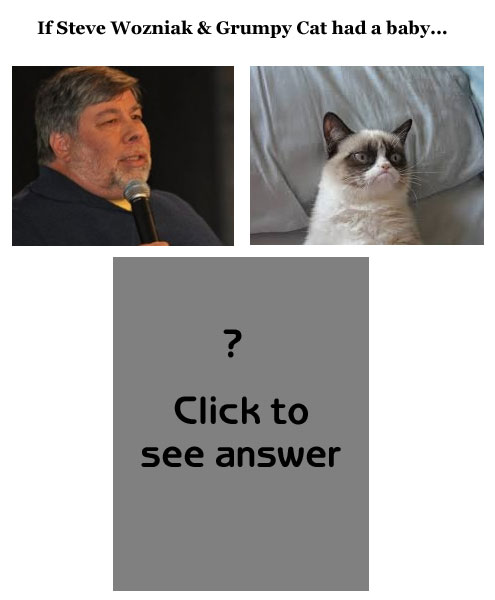 END_OF_DOCUMENT_TOKEN_TO_BE_REPLACED

Sorry for not posting anything earlier about yesterday’s primary elections, but they were just too boring for me to get motivated. Anyway, here’s my post-mortem on the county commission and congressional races.

Harvey Ward sailed into office with the backing of the local Democratic Executive Committee’s political steamroller. OH, WAIT! That’s NOT what happened! How can that be???!!!!

First off, Ward may not have crossed the electability threshold I’ve described elsewhere. But more importantly, he completely ignored the first rule of running against an incumbent: you have to give voters a reasonable doubt that the incumbent should automatically be returned to office. Unless you do that at the outset, nothing else matters. Period.

END_OF_DOCUMENT_TOKEN_TO_BE_REPLACED

The purpose of this post is simply to present my data summaries of the 2014 Gainesville City Commission campaign and elections.  (All downloads are in PDF format.)

This isn’t the raw data – you can get that at the Supervisor of Elections website. And that was where I started.

As for the election results, I grouped the precincts by the four city commission districts.  That wasn’t hard and it makes the voting patterns much clearer.

On the other hand, I put in a lot of work on the contributor reports, as I hope  you’ll see.  Contributors are grouped by family and/or business interests, and ranked by their total amount contributed.  The reports also show a cumulative total of the amount of money contributed, so that you can see, for example, how much was the total contribution from the top 20 donor groups.

To my knowledge this has never been done before locally, or at least not made publicly available.

END_OF_DOCUMENT_TOKEN_TO_BE_REPLACED

Here’s how TV20 anchor Paige Beck began the local newscast April 24: “A small group of politically active supporters of Gainesville Commissioner-elect Helen Warren found a legal way around Alachua County campaign finance limits just before her runoff election.” (The emphasis is in her reading – see for yourself.)

Cut to serious reporter Trent Kelly: “This is all legal, David and Paige, but this money maneuver involved one county commissioner who is also campaigning to reform these same PACs.”

In the next five hyperventilating, self-important minutes we learn that South Forward, a political action committee based in South Carolina, received about $6,000 from Gainesville donors and spent the money on mailers and robo-calls urging voters in eastern Gainesville to support Helen Warren over Annie Orlando.

About mid-way through the report we get the incisive synopsis: “It’s a way for people with money to wield more influence.”

Unfortunately, this report and The Gainesville Sun‘s desperate “me, too” follow-up utterly failed to see the forest for the low-lying shrubbery.

And I’ll prove it.

END_OF_DOCUMENT_TOKEN_TO_BE_REPLACED

The real story of the 2014 Gainesville City Commission election, unreported except for here, consists of a major theme and minor variations.

The major theme is the startling role played by a handful of big-money special interests in funding three of the campaigns (Carter, Chase, and Orlando), echoing the familiar pattern of developers versus environmentalists in local elections.

The minor variations consist of how that pattern was muddled in one race by a strange mixture of issues and alliances.

END_OF_DOCUMENT_TOKEN_TO_BE_REPLACED

Further down the food chain we find a sprinkling of environmentalists and neighborhood activists among the business owners and Republican activists.

Overall, Warren’s runoff campaign raised just over three-quarters the amount of Orlando’s, $19,300 versus $25,300. Only a small fraction came from repeat large donors.

The remainder of Warren’s funding came mostly from academics and social and environmental activists, among them several current and former city and county commissioners.

Okay, I admit, at first glance it looks like I only got one out of three right in my last-minute predictions.  But let’s zoom in for a closer look, shall we?

On the plus side, I did predict that incumbent Todd Chase would win by a landslide.  Nailed it!

On the other hand, my initial impression that Cheri Brodeur would get the “dead man vote”  was somewhat off.  At the time, Brodeur promised an aggressive door-to-door effort, while candidate #3 was MIA.  That other candidate–her name escapes me, as it did most of the voters–actually accomplished the non-feat of getting 30% of the vote.  (Somebody had to.)

I predicted that incumbent Susan Bottcher would eke out a narrow victory.  I made it clear that my prediction was based on the Electability Score system I’ve perfected over several decades, but that sometimes an “unelectable” candidate wins, which happened this time.   When that’s the case, it’s universally labeled an upset, as it was here.

Is that an imperfection in the model?  I don’t think so.

Such upsets–an “unelectable” beating an incumbent–occur about once every 10 years.  There’ve been only 5 or 6 of them out of about 160 elections since the late 1960’s.

In retrospect, the common thread of such upsets is hubris–incumbents who overestimated their invincibility and underestimated their opponents.  I remember seeing a clip on the news on election night showing Bottcher waving a sign for Helen Warren in the at-large race, rather than her own.  And after the votes were in she was reported to say she “felt sorry” for Gainesville for having elected her opponent.

I don’t think it’s my model that’s at fault when candidates are their own worst enemies and manage to snatch defeat from the jaws of victory.

That brings us to the city-wide race.  I gave “the edge” to Annie Orlando, and she actually came in second, albeit in a virtual tie with Helen Warren (44% vs. 45%).

I’d expected the also-rans to be lucky to poll 5 percent among the three of them, and they surprised me with about 11% of the total.  Perhaps that represents a “none-of-the-above” sentiment among voters.

But let’s look at the details I outlined.  I predicted District 1’s turnout to be miniscule.  With an over-all turnout there of 7.55%, that was indeed accurate.

As to District 4, I predicted precincts 5, 7 and 27 to give Warren her highest margins, and the other precincts of the district to be no-shows. That’s precisely what happened there.

In Districts 2 and 3, Orlando’s votes were almost identical to Chase’s and Carter’s, as I predicted, with the vote of the heavily student-populated precincts of District 3 being almost non-existent.  Again, that’s precisely what happened.

What does all this mean for the run-off election for the at-large seat?

As I described in my first look at the City Commission races, based on the electability scores I came up with over two decades ago, it’s highly likely both incumbents–Todd Chase in District 2 and Susan Bottcher in District 3–will continue in office.

Chase has done almost nothing that would have eroded his initial support, while his opponents have mounted only token challenges.

Bottcher faces a well-funded opponent in Craig Carter, but if he were to prevail it would represent an almost unprecedented upset for someone with so low an electability score.  Even if you take the 2010 Cynthia Chestnut/Susan Baird County Commission race as comparable, it should be noted that Chestnut actually carried the precincts that make up Bottcher’s district.  A Carter victory would be a strong message for change, but it’s more likely Bottcher will at least squeak by.

That brings us to the at-large race, effectively a two-person race between first-time candidates Annie Orlando and Helen Warren.  With neither having a decisively higher electability score, there’s no strong indicator favoring either candidate.

Therefore, any prediction has to be based on other factors.  Drawing on my own experience studying precinct voting patterns over the last five decades (I’m not going to speculate on the mood of the electorate), I’d give the edge to Orlando.

How did I arrive at that conclusion?